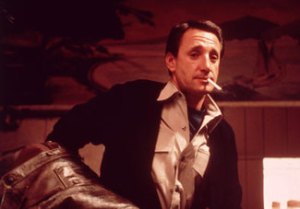 It’s easy to believe that The Seven-Ups was an attempt to cash in on the success of The French Connection—they have several striking similarities, most noticeably that Scheider’s character Buddy Manucci is a variation on Buddy Russo—but the picture has its own swagger, its own trembling darkness, and deserves to be remembered as an original venture that builds from The French Connection and isn’t derivative of it.

The plot, though a little convoluted, isn’t too difficult to keep up with: Scheider’s Manucci is the head of a plainclothes New York police task force known as the Seven-Ups. They’re only interested in getting collars that stick for seven years or more and they do it however they can, much to the chagrin of the department. The picture opens with them employing dirty tactics in a sting on a counterfeit money front at an antique store. The other main plot thread involves a series of kidnappings of New York’s biggest mobsters by two lizardy goons, Moon (Richard Lynch) and Bo (stunt coordinator Bill Hickman), who hold the mobsters for ransom and make off with some serious dough. Manucci has an informant, Vito Lucia (Tony Lo Bianco), a low-level wiseguy (and former childhood pal) who runs a funeral parlor and turns out to be behind the kidnappings, providing Moon and Bo with the inside dope. The mobsters band together to try to make sense of what’s happening, but they mistakenly believe that dirty cops are responsible. This leads to the death of one of Manucci’s partners, who gets swallowed up at a mob sit-down at Lucia’s funeral parlor while undercover there as a limo driver. Stashed in a trunk, he winds up being gunned down by Moon and Bo in the garage where the next ransom drop is set to take place. The rest of the film is dedicated to Manucci tracking his partner’s killers—going so far as to press mobsters for information—and, of course, uncovering Lucia’s betrayal. 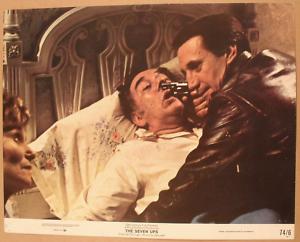 Buddy seeks out information about his partner’s killer.

The picture has its flaws—a first-time viewer may be a bit disoriented in the beginning, for instance—but it’s worth watching over and over for a few reasons:

New York City in the ’70s looks as good and gritty here as it’s ever looked on celluloid. Battered, defeated, graffitied, garbage-strewn, crowded with rushers-by, a wild streak of action, it’s the real star of the picture. All brick and bluster. All lightning-fast roads and growling horns. When Manucci and Lucia meet, it’s in the city’s quiet places, down by the water, in the bleachers at their old high school. And the final showdown happens in a wonderfully seedy lot down by the railroad tracks. Location shooting took place mostly in Manhattan, Brooklyn, and The Bronx—Cadman Plaza, Arthur Avenue, New York Botanical Garden, Pelham Parkway, Bronx High School of Science, Riverdale. There’s nothing better than seeing New York look like this. It’s a brutal poem of a city, the way I remember it as a kid, not a Disneyfied paradise of falseness. 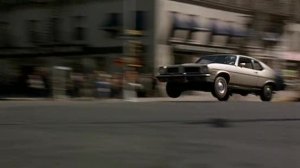 After Manucci’s partner is shot in the garage, he pursues the killers in his car up the West Side and over the George Washington Bridge and onto the Palisades Parkway (filming also took place on the Taconic). This car chase sequence, expertly orchestrated by Bill Hickman, runs for over ten minutes. It’s maybe the greatest car chase I’ve ever seen. Nothing windy about it. Tight, crisp shots and sweeping action. Big cars bumping each other and zipping through lights and traffic. It’s not frenzied like the chases we see today, all daft technique and tired routines. It’s not video game soft. Like the other great chase sequences of the era, it’s swelteringly real, a symphony of shrieking metal and squealing tires. A ten-minute pursuit that never lets up. No snappy dialogue. Just the sounds of the chase and the sounds of the city and the unobtrusive score. The sequence owes a great debt to Hickman’s earlier work in Bullitt, but—for my money—it surpasses it. I don’t depend on Wikipedia for much, but here’s a useful bit of information: Bo’s driving a 1973 Pontiac Grand Seville sedan and Manucci’s driving a 1973 Pontiac Ventura Sprint coupe. The cars, along with the city, steal the show. They’re all body and gristle. All brawn and sheer muscularity. It’s beautifully arranged, yes, but without the cars and the city grit, everything would be lost. 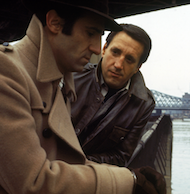 What I admire most about The Seven-Ups, though, is how much is left to the viewer’s imagination. There’s no desperation to get things across, to fill in blanks. While that sometimes leads to confusion, it also gives the viewer the benefit of the doubt. You’re smart enough to keep with us, it says. We’re not going to spoon-feed you information. If you don’t catch up, fuck you. Watch again. As a police procedural, it’s nothing like what we’ve come to think of when we think of that term. It’s not easy. Not neat. No sniff of Law & Order here. Scheider’s our hero, but he’s no ordinary hero: he’s hard-bitten and sour and sad-eyed, capable of being gutsy and goon-dumb. In the end, The Seven-Ups is a brilliant and violent meditation on justice and betrayal. It’s a sharp elbow to the gut. It’s a song from a different time, a time when a car chase could be a ballet and New York City, in all its ugliness, was the most foul and beautiful place in the world. 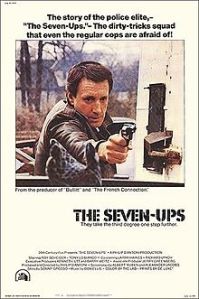 One thought on “Crime in the City: The Seven-Ups”